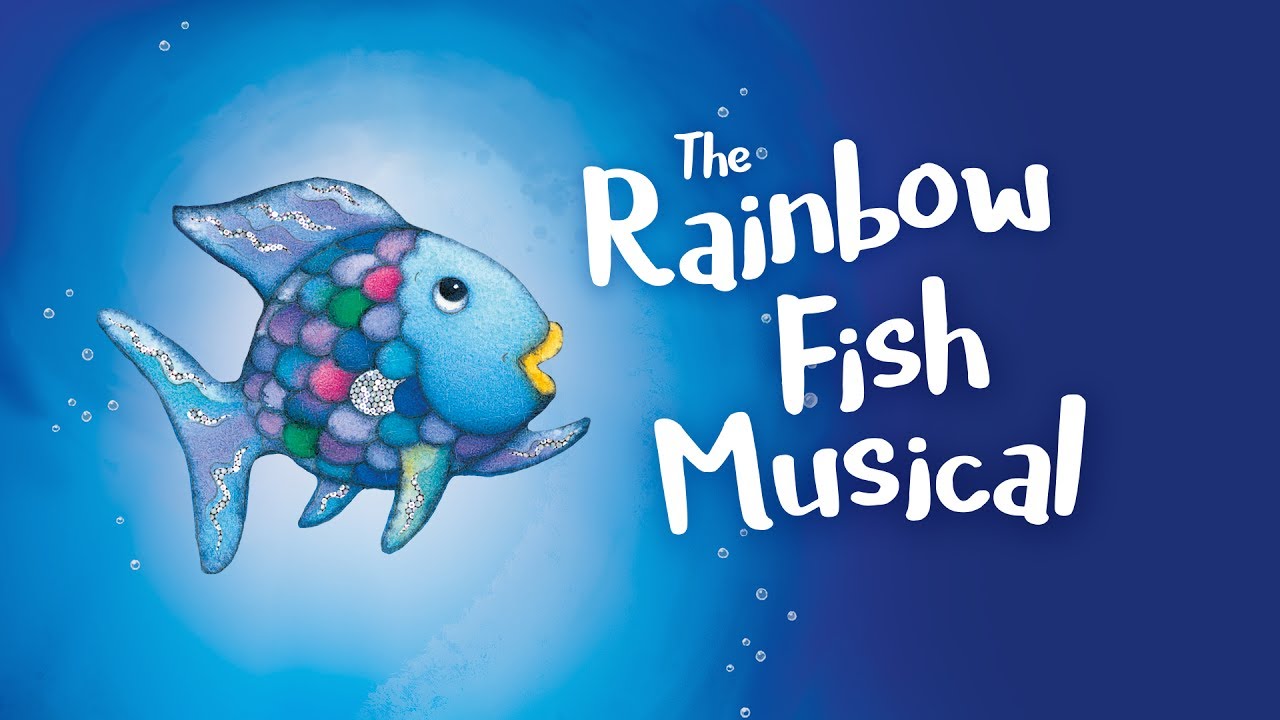 Everybody loves the international bestseller and award-winning book,The Rainbow Fish, with its wonderful message of friendship and belonging.  Now you can bring the magical, colorful world of the deep blue sea to life on your stage!  This large-cast musical features a variety of charming school and sea-creature characters who admire the famous Rainbow Fish, the most beautiful fish in all the ocean.  When Rainbow Fish refuses to share his (or her!)  vibrant, shimmering scales (played by separate actors who become a chorus for solo songs), the whole ocean seems to turn against the vain creature.  Unhappy that no one adores him anymore, the Rainbow Fish seeks out the wise Octopus, whose tentacles can also be played by separate actors.  Octopus helps the young fish learn that it’s far better to be admired for being kind than for being beautiful.  With a bubbly, energetic score and a script that invites wonderful creativity and flexibility, the universal message at the heart of this one-of-a-kind musical becomes much more than just a simple children’s story.