An event every week that begins at 7:30 pm on Wednesday, Thursday, Friday and Saturday, repeating until November 13, 2016 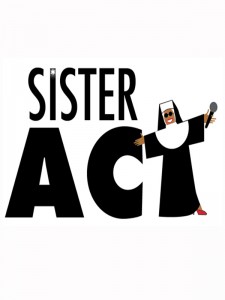 A woman hiding in a convent helps her fellow sisters find their voices as she rediscovers her own. This feel-good comedy smash is based on the hit film. Sister Act is the feel-good musical comedy smash based on the hit 1992 film that has audiences jumping to their feet! Filled with powerful gospel music, outrageous dancing and a truly moving story, Sister Act will leave audiences breathless.