An event every week that begins at 7:00 pm on Tuesday and Thursday, repeating until January 18, 2017 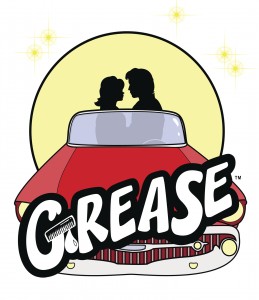 Information:                     Please arrive to auditions at either of the dates mentioned as close to audition time  as possible. Please come with a prepared song—sheet music or karaoke CD (music only; no one singing on the CD). An accompanist will be provided and we will have a CD player on hand if needed.  No monologues necessary.  Those being considered for roles will be asked to read from the script which will be given and assigned to you at the audition or callbacks.

Here is Rydell High’s senior class of 1959: duck-tailed, hot-rodding “Burger Palace Boys” and their gum-snapping, hip-shaking “Pink Ladies” in bobby sox and pedal pushers, evoking the look and sound of the 1950s  with classics such as “Summer Nights”, “Greased Lightnin'”, and “It’s Raining on Prom Night” An 8-year run on Broadway places Grease among the world’s most popular musicals.

“A lively and funny musical-as well as the dancingest one in town.” – New York Daily News