Auditions: 24th Annual Production of The Wizard of Oz (Ages 13 & Up) 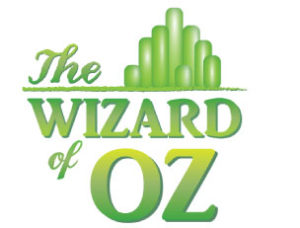 Information:                     Please arrive to auditions at either of the dates mentioned as close to the time of the audition as possible. Please come with a prepared song—sheet music or karaoke CD (music only; no one singing on the CD).  Even if you are auditioning for a non-singing role, we would like for you to sing something; even “Happy Birthday”.  An accompanist will be provided and we will have a CD player on hand if needed.  No monologues necessary.  Those being considered for singing roles and non-singing roles will be asked to read from the script which will be given and assigned to you at the audition or callbacks.

Unlike many musicals, the ensemble of CTG’s Wizard multiple actors are cast in numerous parts in the show and are very busy throughout the production.

“Come out, come out wherever you are” and be part of CTG’s 24th  annual production of The Wizard of Oz!!

No show in the Triad can ever replicate the sheer joy our audiences feel year after year as they watch 100+ talented kids, teens, and adults (both on- and backstage) present this timeless classic. Welcome the holiday season with Dorothy and her friends as they take you “over the rainbow” for year 24!