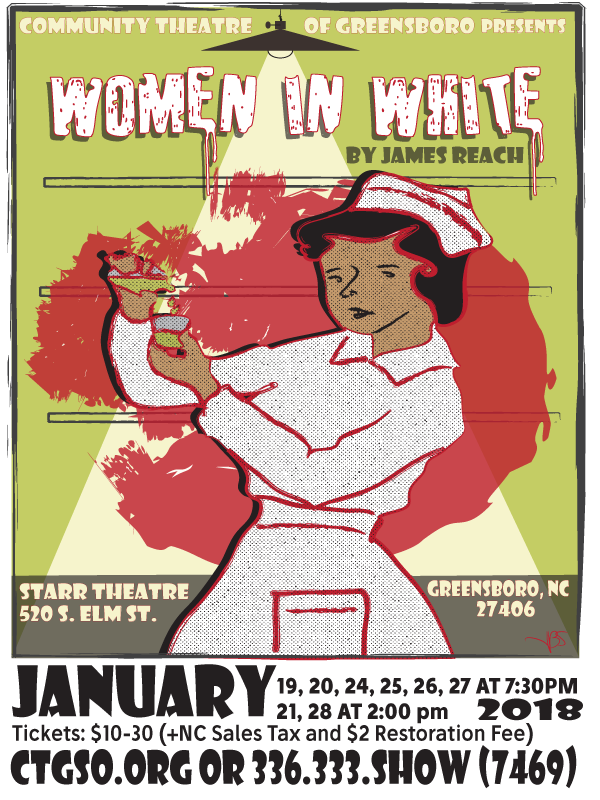 CTG has decided to replace Women Behind Bars with Women In White. This show follows a group of nurses who live in the Nurses’ Residence in a small city hospital. One of the girls is found murdered, and Julia Robertson, a policewoman assigned to her first homicide, is called in. Due to the nature and content of Women Behind Bars, CTG believes Women in White is more in line with our audience and the community that we represent. We are excited to present this comedy with a murder mystery twist.

Kate Fawcett, stern but fair Superintendent of Nurses, thinks of the girls in her charge almost as daughters. Hester is interested only in books, hard boiled Gloria is waiting for her guy to return from Korea, sentimental Betsy wants a man, Ann has a past she tries desperately to keep hidden, and Elaine and Molly share a strange and incriminating secret. Laurie and Celia are new probationers; one is full of ideals and the other is just looking for a job. One of the girls is murdered and Julia Robertson, a policewoman working her first homicide, is called in. Julia is determined to solve the baffling mystery and does, but not before another girl’s life has been jeopardized, and not before one of the most terrifying climaxes ever written.