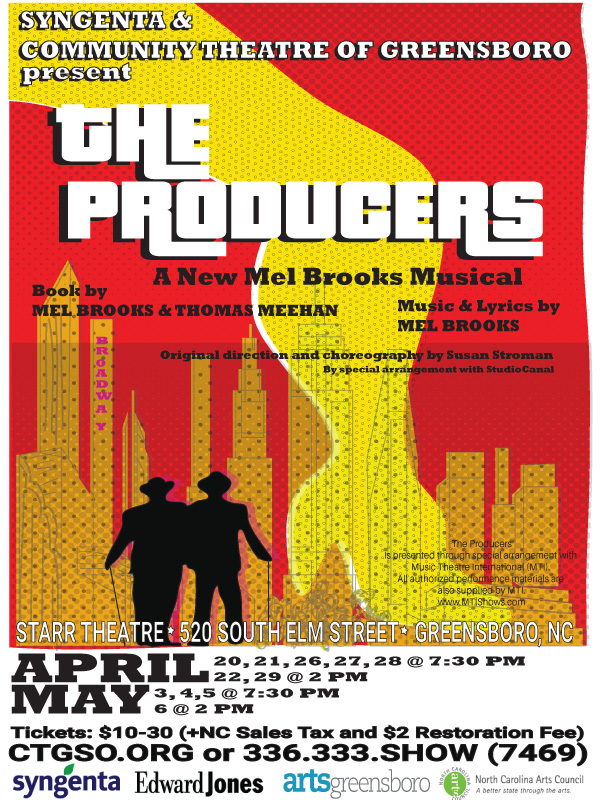 A scheming producer and his mousy accountant aim to produce the biggest flop on Broadway in this Mel Brooks laugh-out-loud spectacle. The plot is simple: a down-on-his-luck Broadway producer and his mild-mannered accountant come up with a scheme to produce the most notorious flop in history, thereby bilking their backers (all “little old ladies”) out of millions of dollars. Only one thing goes awry: the show is a smash hit! The antics of Max Bialystock and Leo Bloom as they maneuver their way fecklessly through finding a show, hiring a director, raising the money and…well, you’ll have to buy a ticket to see how it ends!

At the core of the insanely funny adventure is a poignant emotional journey of two very different men who become friends. Winner of 12 Tony Awards, The Producers truly is a boffo hit!

CHECK OUT THE REVIEW HERE!