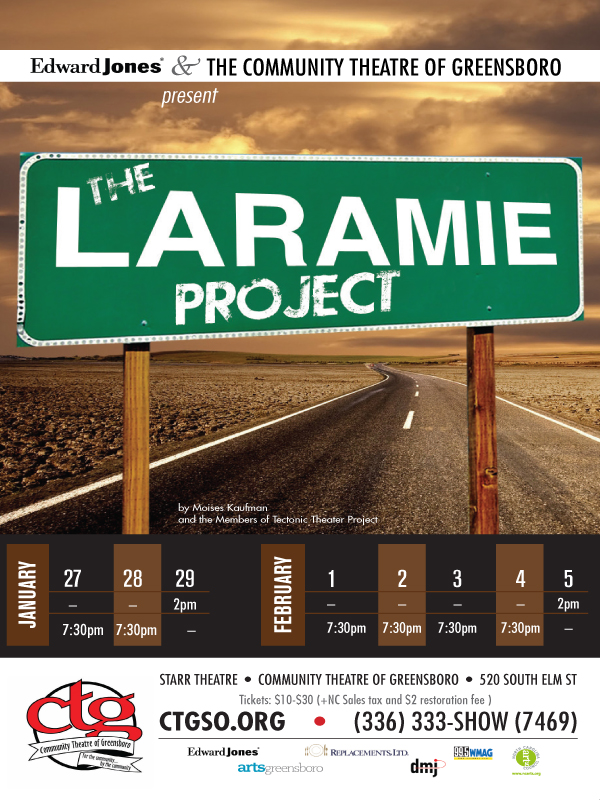 Following the brutal murder of Matthew Shepard, a gay student at the University of Wyoming, Moises Kaufman and Members of the Tectonic Theatre Project conducted interviews exploring the aftermath of the hate crime on community Laramie Wyoming. The Laramie Project is a breathtaking collage that explores the depths to which humanity can sink and the heights of compassion of which we are capable.