My Way: A Musical Tribute to Frank Sinatra 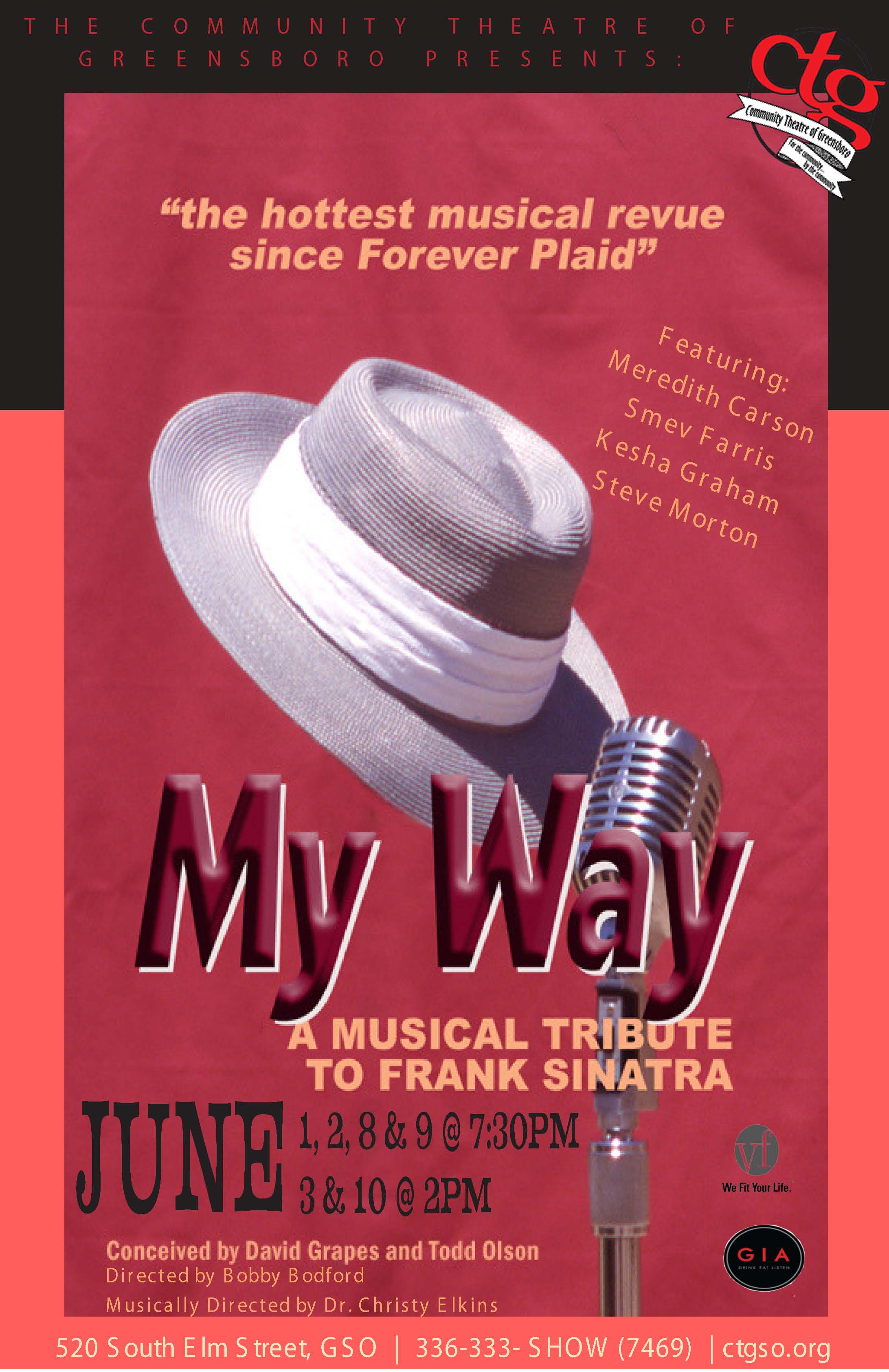 If you’re a fan of Sinatra, the American Songbook or a lover of jazz and swing music, “My Way: A Musical Tribute to Frank Sinatra” is the show for you! It’s the must-see musical that celebrates the mystique of Frank Sinatra and the music he made famous. Join the cast in a night club atmosphere for a trip through Sinatra’s life from his early beginnings in New York during the 1940s swing era, to the bright lights of Vegas with the Rat Pack in the 1960s, on to his final performances in the 1990s as “Chairman of the Board.” The bar is stocked, and we’ve got a live band ready to play your favorite songs including “Fly Me to the Moon,” “I Get a Kick Out of You,” “I Only Have Eyes for You,” “I’ll Be Seeing You,” “It Was a Very Good Year,” and “Strangers in the Night” to name just a few. Join us in celebrating the music of the man many call the greatest pop vocalist of the 20th Century; Grab a martini, and drink in “My Way”!